A top ten of the best Dustinn Hoffman films with the drama Midnight Cowboy (1969) at number one, the comedy Tootsie (1982) at number two, and the poignant drama Rain Man (1988) with Tom Cruise at number three. Let us know in the comments what you think of these top 10 if you are a fan of Dustinn Hoffman’s films. 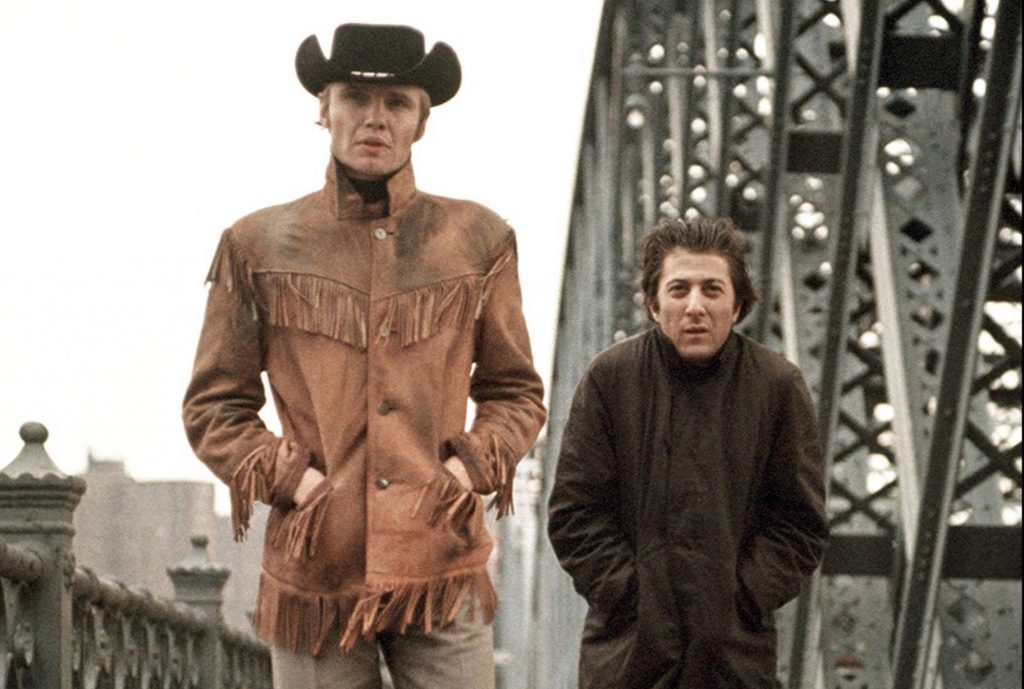 Joe Buck, a handsome, naively-charming Texas cowboy who believes he is the rescue of love-starving New York women, comes to the Big Apple to find wealth. However, the only wealth he finds is his friendship with Ratso Rizzo, a run-down con man with big dreams. In life on the ragged fringes of society, these outcasts develop an unlikely bond that extends beyond their torn dreams and plans to get rich quick. 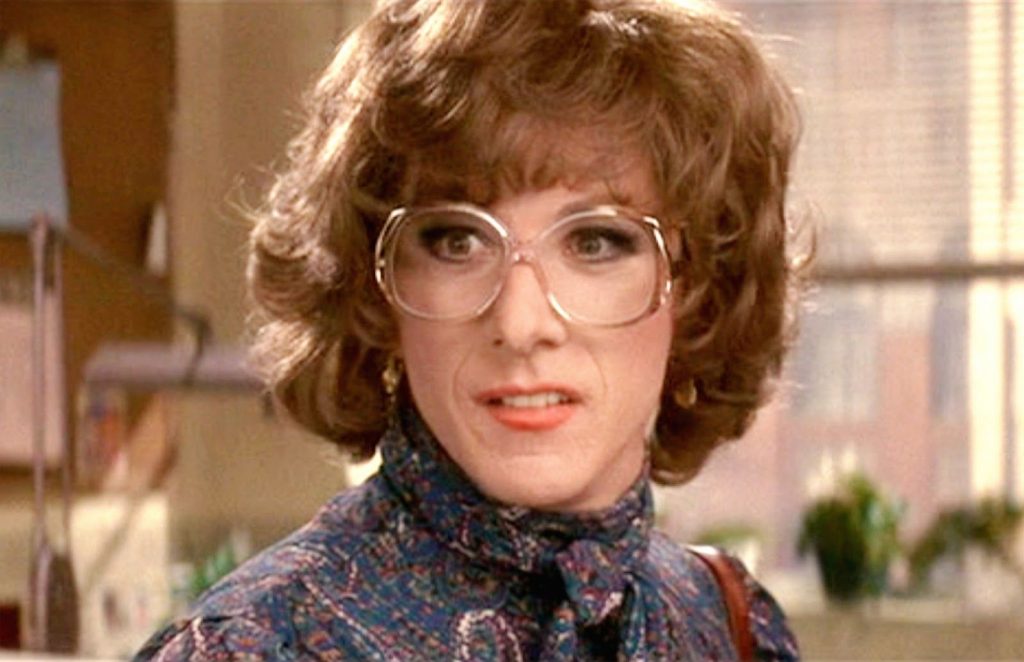 Because actor Michael Dorsey is a very difficult man, he is constantly out of work. He is an eyesore for every producer. Michael is so eager to get a job as an actor that he’s even prepared to pretend to be a woman. He ends up applying for a female role in a TV series. He is hired and promptly becomes a star. Complications arise when he falls in love with his co-star Julie and her father with him. 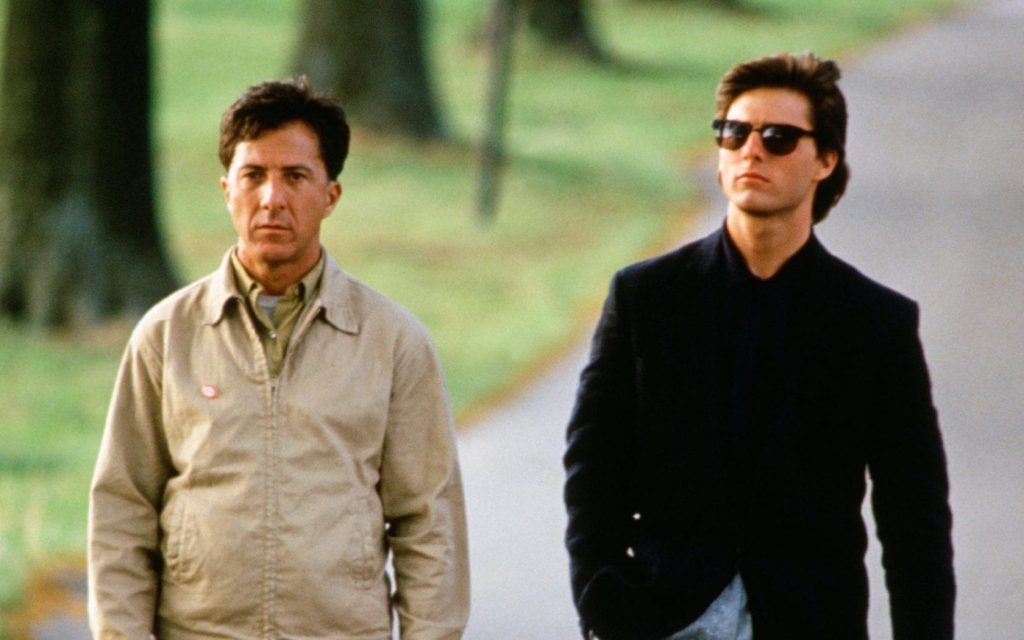 When the father of the yuppie Charlie dies, he inherits a classic car and a rose garden. He also finds out that he has another brother. Raymond is autistic, but is able to solve complex mathematical problems. Their father has left all his money to Raymond, while he has no idea what money is for. Charlie is furious and kidnaps Raymond from his nursing home. He wants to take him to Los Angeles, but Raymond refuses to travel by plane and so they are forced to travel by car. What follows is a long drive where the two learn to appreciate each other. 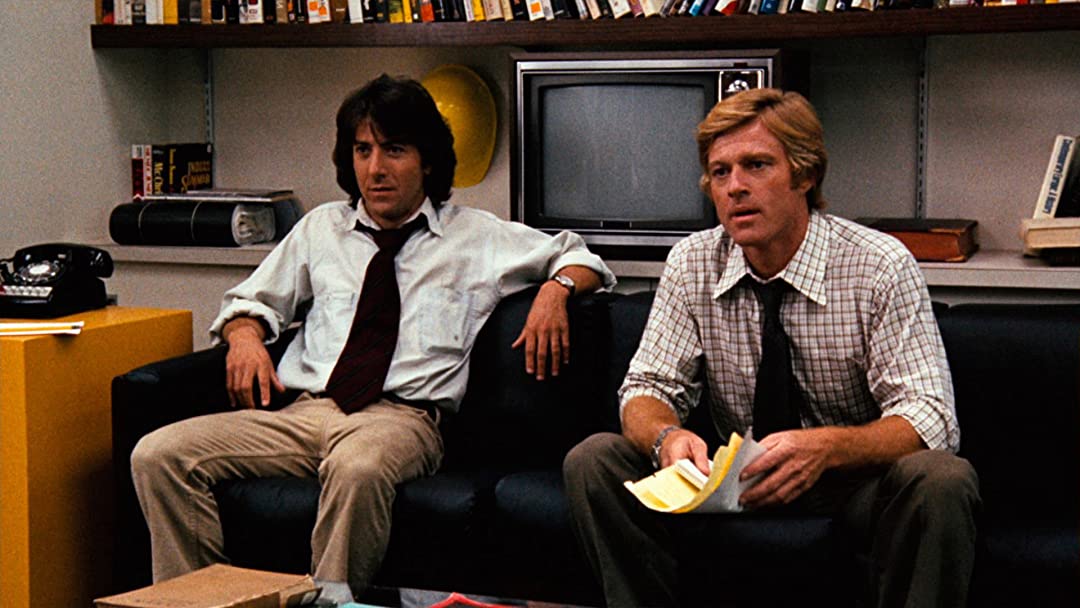 In the run-up to the 1972 election, Washington Post journalist Bob Woodward reports on a break-in at Democratic headquarters. To his surprise, a number of great attorneys are on the case, and the discovery of several Republican names among the suspects further fuel his suspicions.

buy all The President’s Men at Amazon 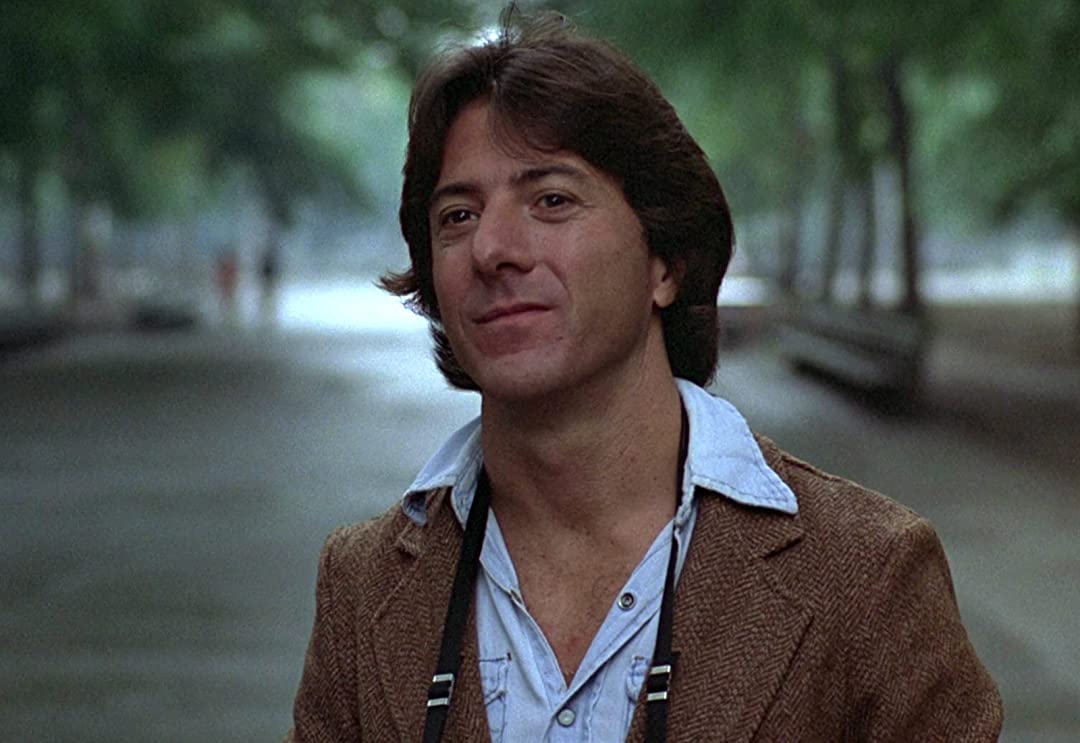 Ted Kramer is a businessman who values ​​his job more than his family. His wife Joanna can no longer take it and decides to leave him. Ted now has the task of doing the housework himself and looking after himself and his son Billy. When Ted has learned to live with these responsibilities in his life, Joanna wants her son back. Ted refuses to give up, which leads to a lawsuit for custody of the child.

buy Kramer vs Kramer at Amazon 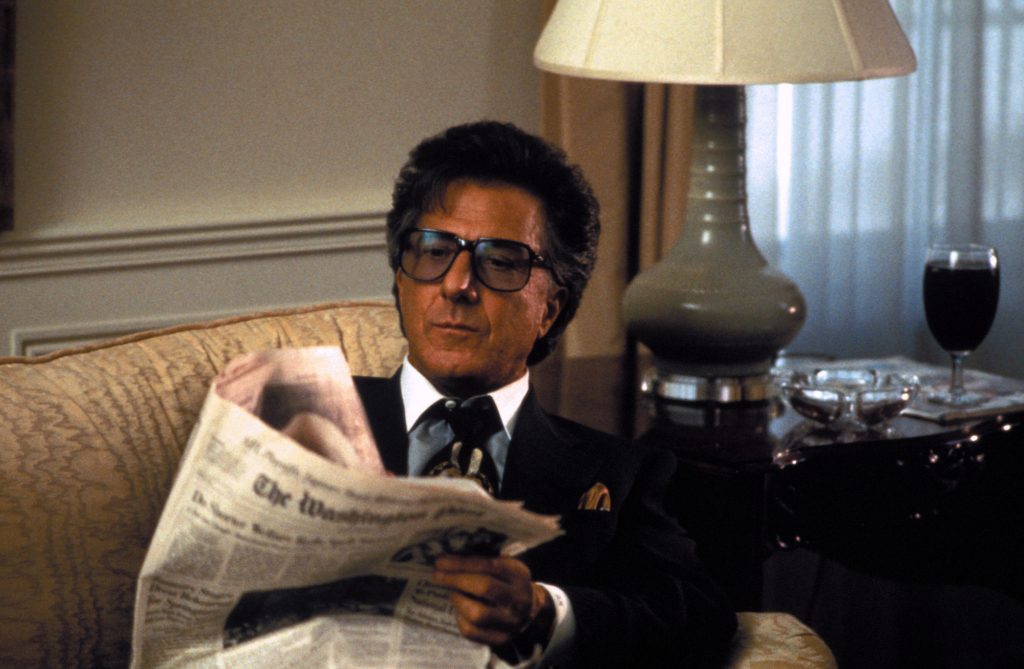 Less than two weeks before the election, the president of the United States is accused of sexual misconduct. The White House enlists the help of Advisor Brean, a brilliant scheming and image builder. Brean comes up with the ultimate scenario: he creates an even bigger and better story and stages an impending war between America and Albania, the fictional enemy on duty. To make this unlikely story more credible, Brean turns to flamboyant Hollywood producer Motts and his entourage. Together they orchestrate an unprecedented global conflict.

buy Wag The Dog at Amazon 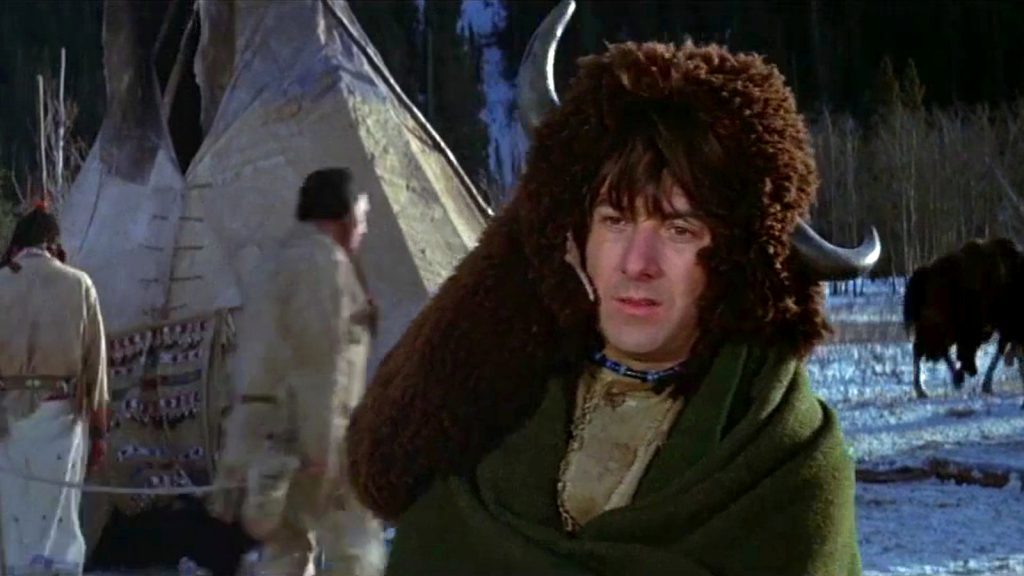 A 121-year-old man tells his life story. When he was 10, small but strong, he was adopted by the Indians. He received various white educations and was constantly conflicted by the war. We follow his life to the Battle at Little Big Horn, where General Custer was killed. 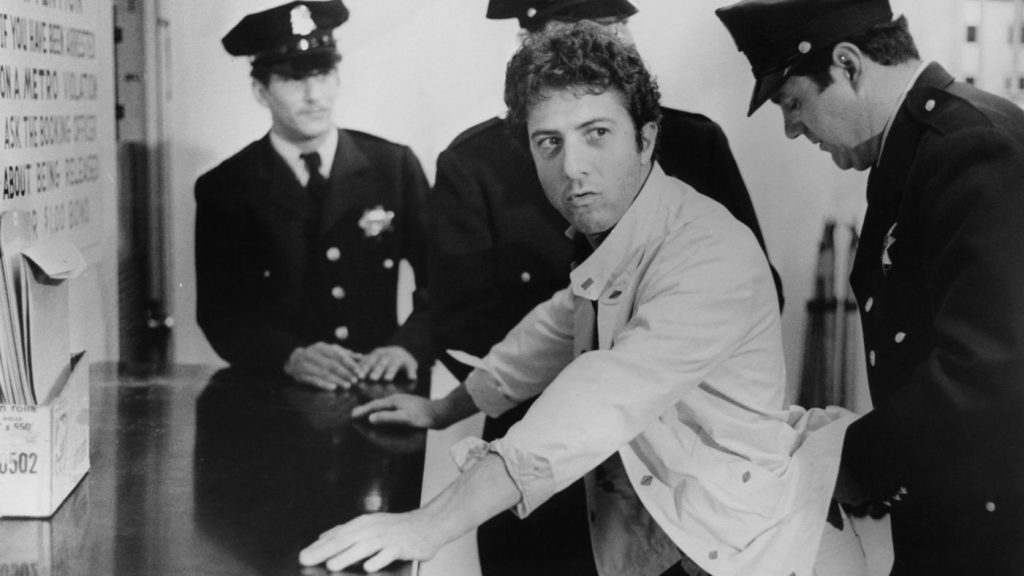 Biopic about the life of the controversial and trendsetting American stand-up comedian Lenny Bruce. 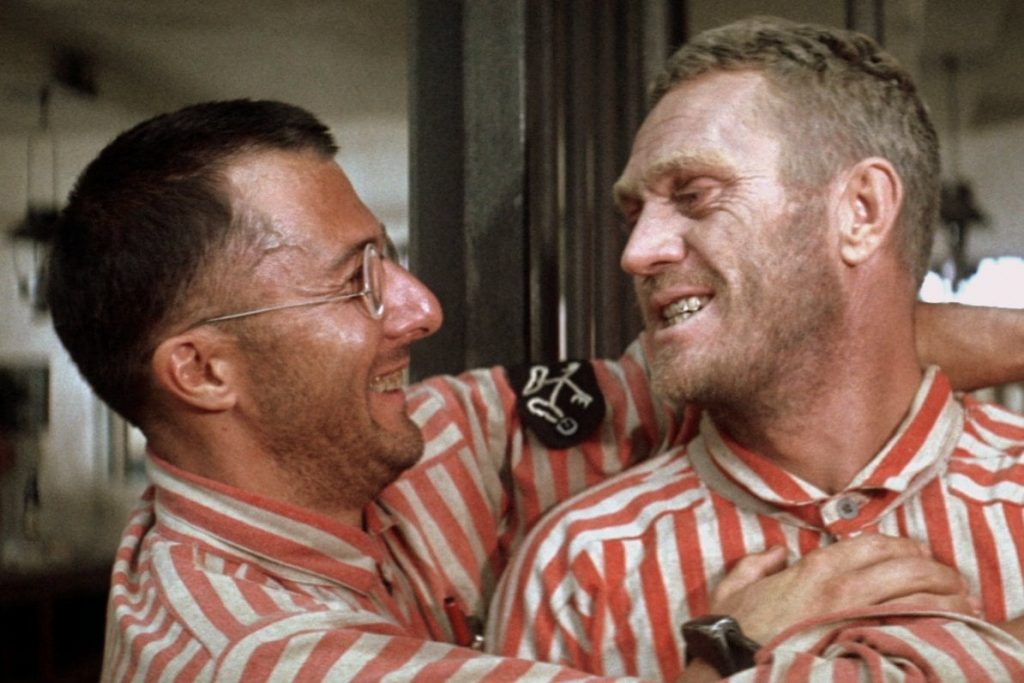 The film tells the story of Henri Charriere, a petty criminal unfairly convicted of murder and serving a life sentence in French Guiana. He is determined to escape, but his first attempt fails. As punishment, he is transferred to a prison that no one has escaped from. 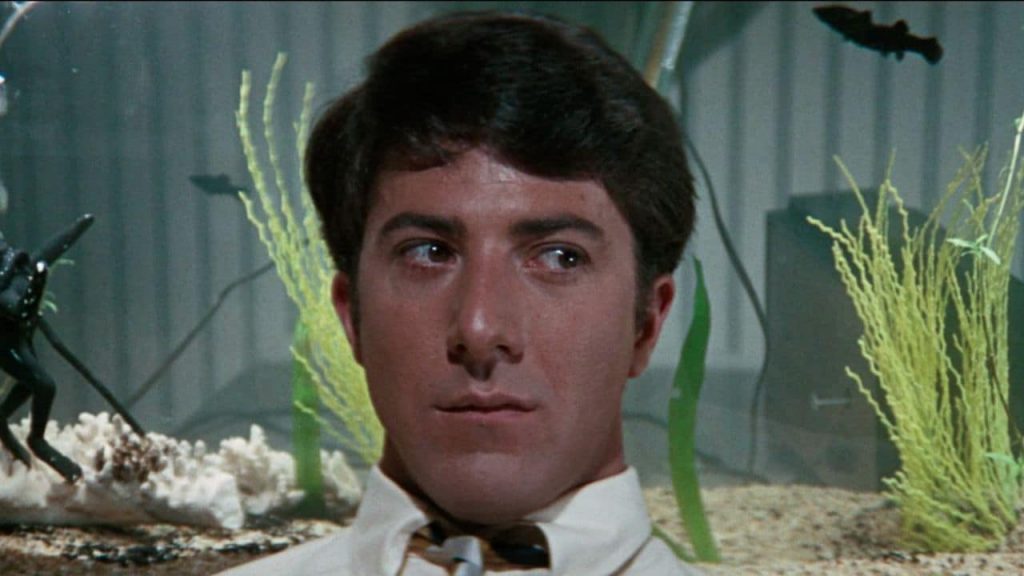 Benjamin Braddock is tired of being the perfect kid for his parents’ friends and doesn’t know what he wants with his life. Then a friend of the family, Mrs Robinson, spontaneously takes off his clothes. He can do whatever he wants with her. But she is old enough to be his mother and that leads to very complicated situations.

buy The Graduate at Amazon