A top ten of the best Robert De Niro films with the boxing drama Raging Bull (1980) at number one, the gangster film Goodfellas (1990) at number two and the drama Taxi Driver (1976) at number three. Let us know in the comments to these top ten excellent Robert de Niro films what your favorites are. 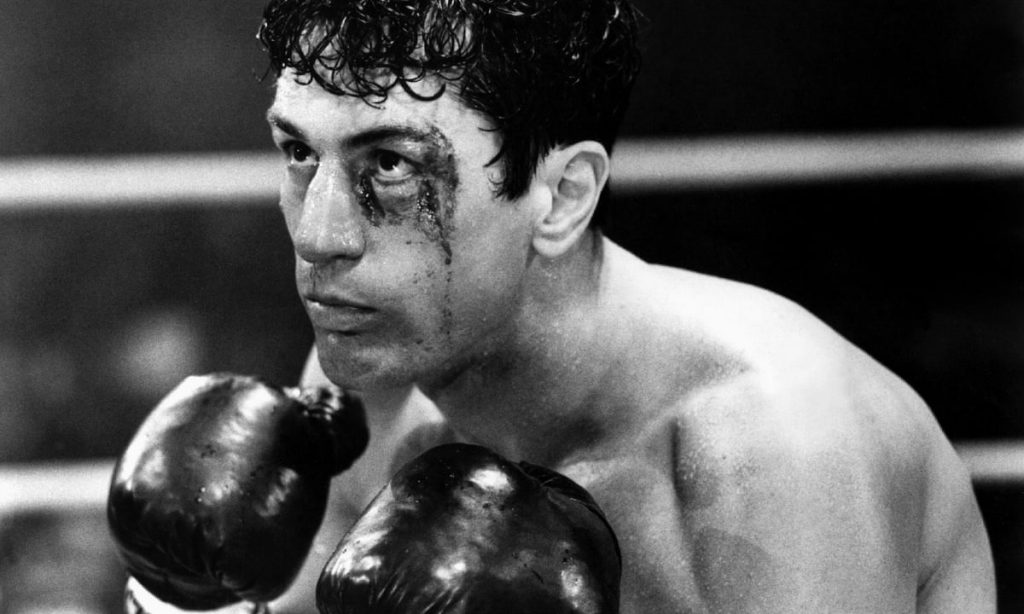 Film about Jake La Motta who looks back on his career. In 1941 he wanted to achieve more and prepare for heavyweight boxing. He was known as a boxer who was incredibly violent and therefore unstoppable in the ring. He was the same outside the ring: he beat his wife and his brother. 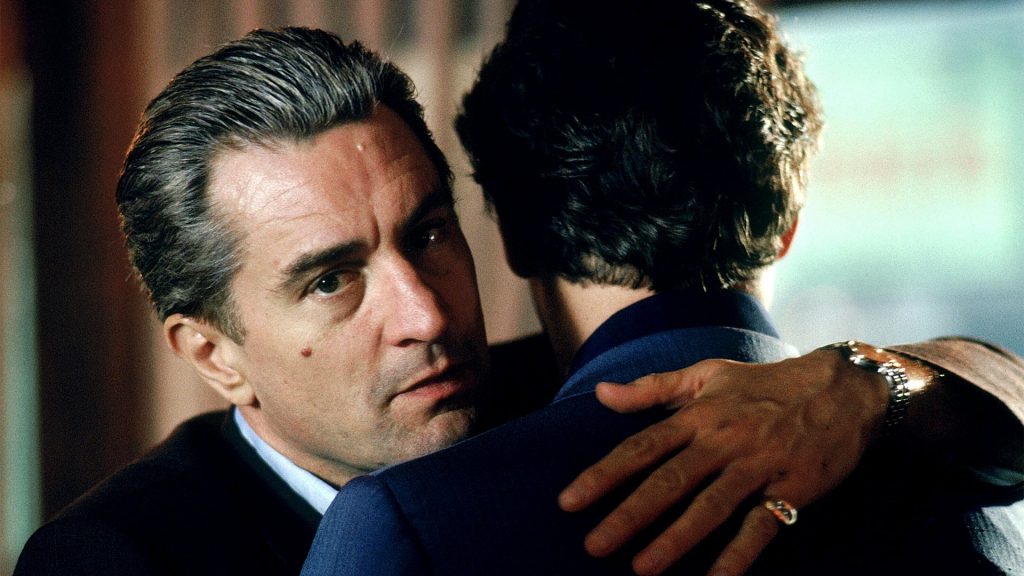 Henry Hill (Liotta) has wanted to join the mafia from an early age. He starts out as an errand boy and over the years he gets bigger and bigger jobs. He falls under the care of Jimmy Conway (De Niro), an old hand in the business. Henry makes a lot of money and everything goes smoothly. After a few years, Henry finds out that Jimmy has some business outside the Mafia. Then he notices that he also has to take care of himself a bit if he wants to survive in the harsh mafia world. 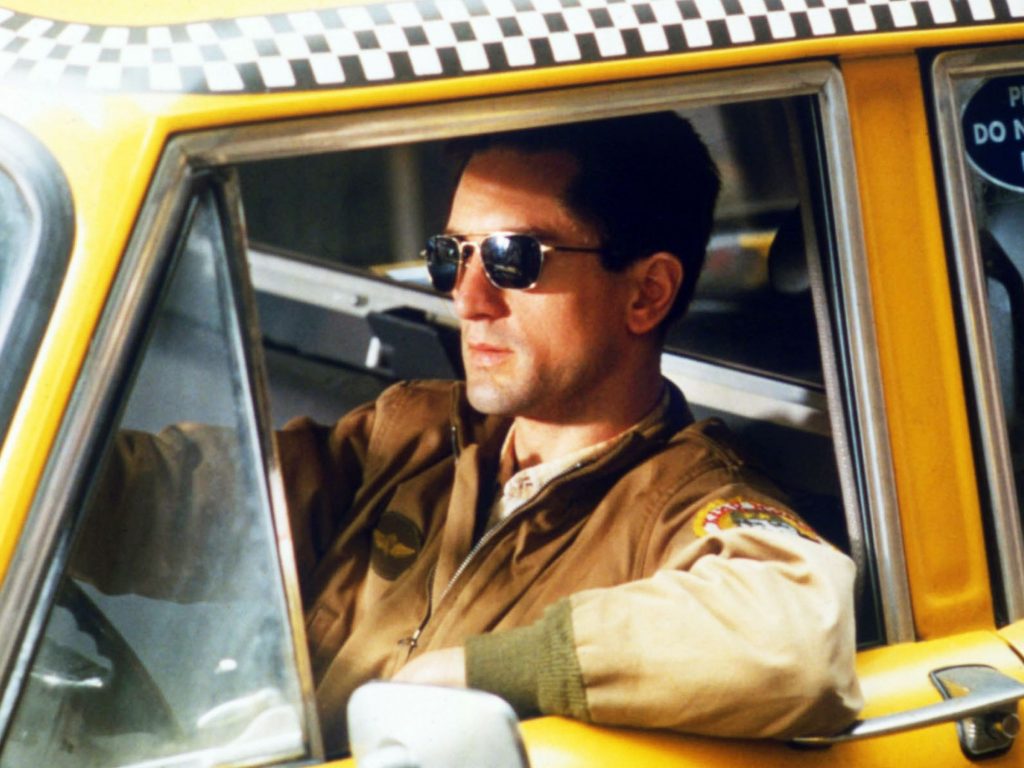 War veteran Travis Bickle works as a taxi driver. He is a lonely man obsessed with pornography and violence. His life continues to decline, and he slowly loses himself in his paranoia. He’s getting more and more annoyed by the scum that runs down the street at night, and it’s only a matter of time before he takes action. 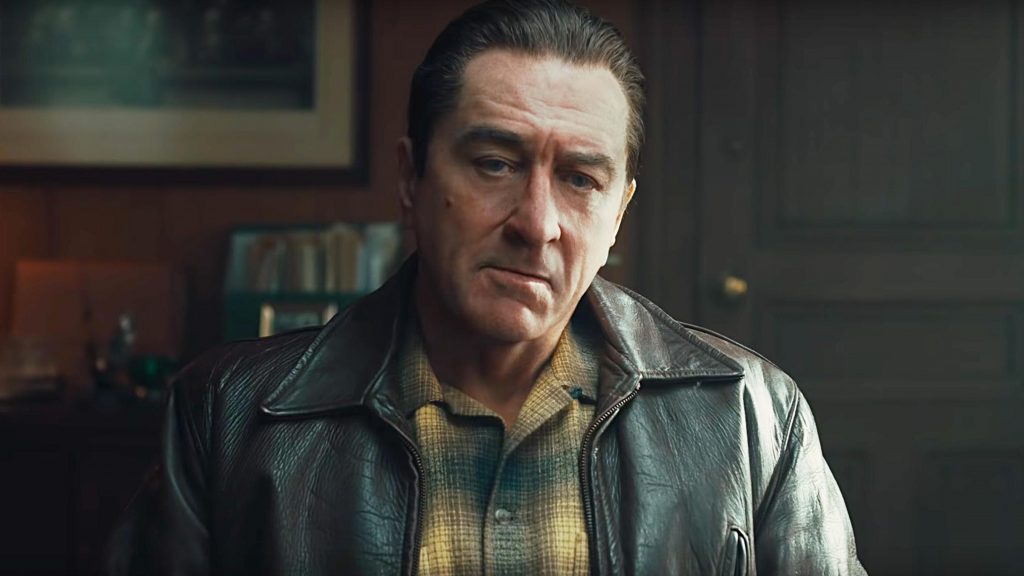 ‘The Irishman’ follows the true story of Frank Sheeran (Robert De Niro). Frank is a World War II veteran who grows into a renowned hitman. He is rumored to have played a role in the disappearance of union leader Jimmy Hoffa (Al Pacino).

buy The Irishman at Amazon 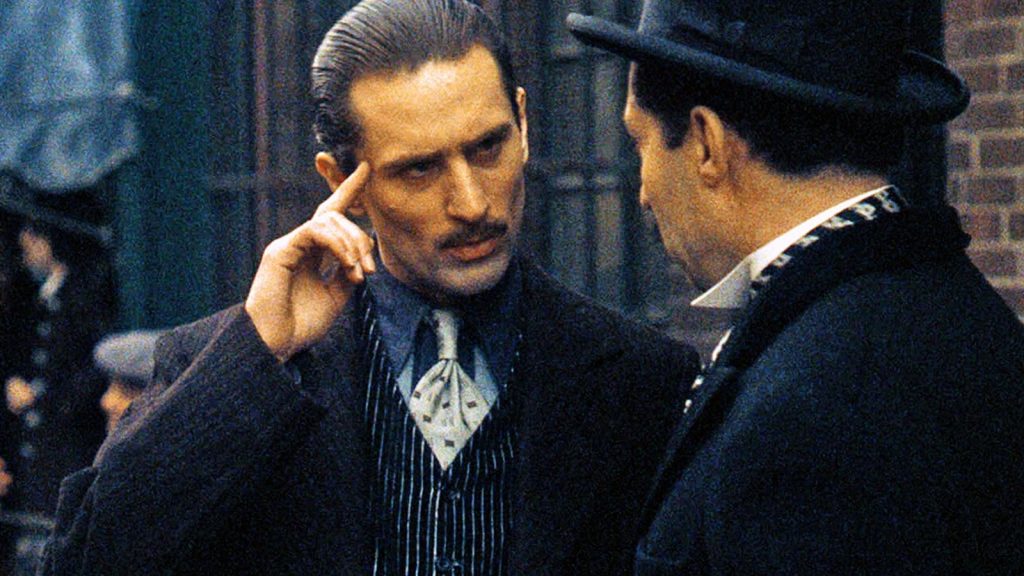 The film tells the story of the young Vito Corleone who grows up in Sicily and manages to work his way up to a powerful gangster in New York. The film also tells the story of his son Michael, who tries to expand the “family business” in the late 1950s. 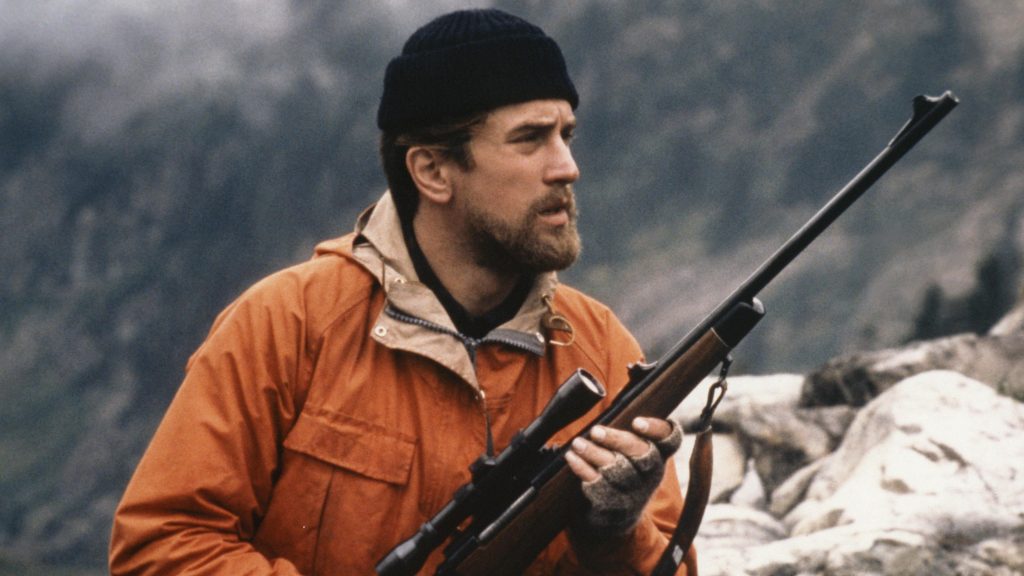 Michael, Steven and Nick are three young Pennsylvania factory workers who are called up to fight in Vietnam. Before they go, Steven marries the pregnant Angela, and their wedding party is also the farewell party of the three boys. After they fought for a while in the war, the friends fall into the hands of the Vietcong, and are captured in a camp where they are forced to play Russian roulette against each other.

buy The Deer Hunter at Amazon 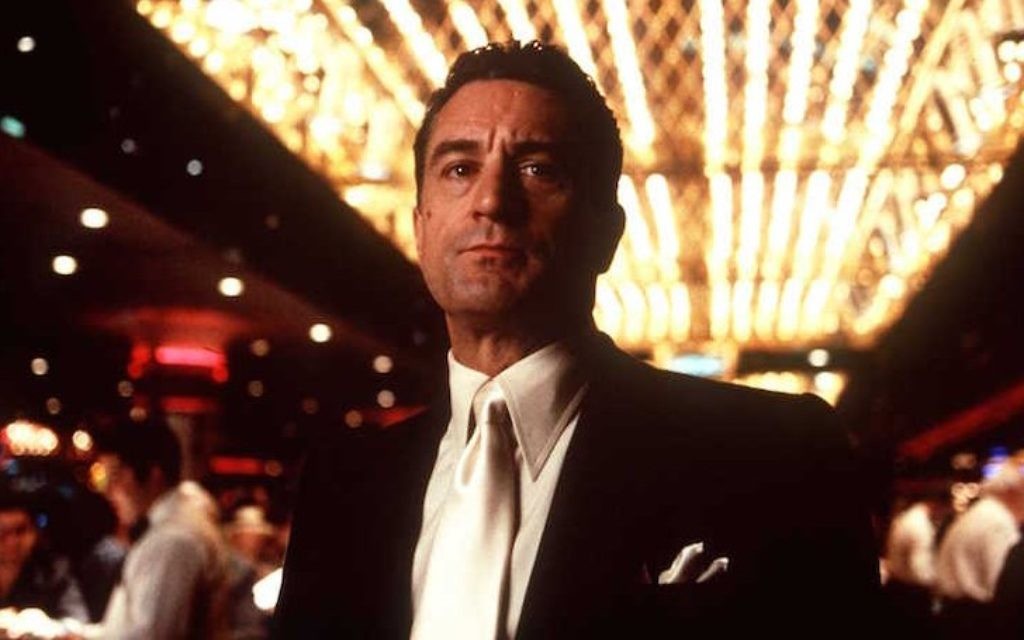 Sam Rothstein, nicknamed Ace for his successful betting methods, is a childhood friend of Nicky Santoro. When Ace gets a career in a Las Vegas casino, Nicky follows not much later, but unlike Ace, he gets involved with criminal organizations. Then he meets Ginger, a woman who has the men in her pocket, but can’t say no to her previous boyfriend. He’s marrying her, but he shouldn’t have done that. 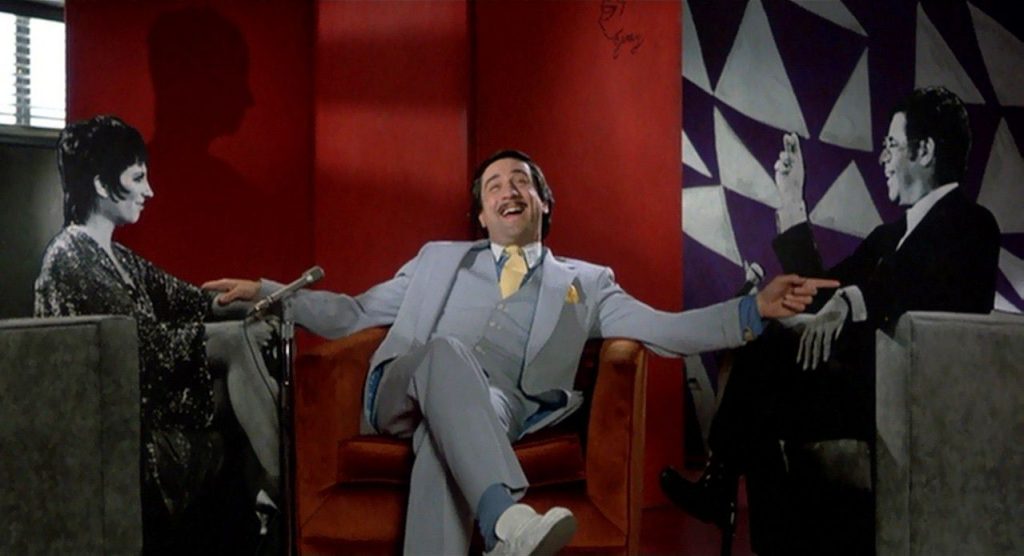 Comedian Rupert Pupkin has a big dream: he wants to make a guest appearance on the talk show of his idol Jerry Langford at all costs. That is why he always tries to get in touch with him, but the man always rejects him because he does not believe in him. However, to realize his dream Pupkin will go to extremes. Together with fellow fan Masha, he plans to kidnap Langford and get his way. As a ransom, Pupkin demands an appearance on Jerry’s show.

buy The King Of Comedy at Amazon 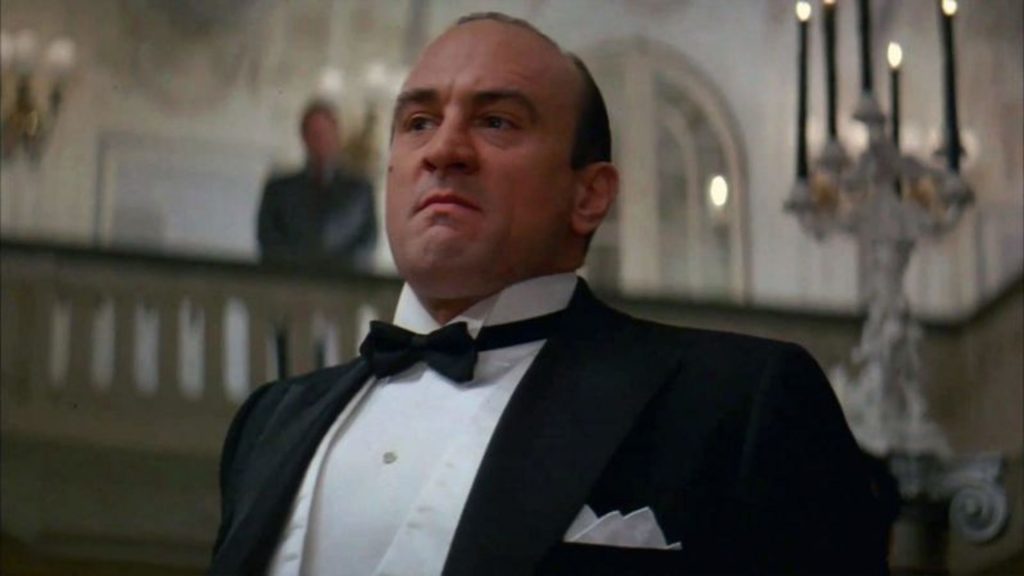 Chicago is a violent, corrupt city in the 1930s, the time of Prohibition. Chicago is also the city of Al Capone, the legendary gangster con man. No one has yet succeeded in limiting his absolute power over organized crime. Until the Treasure Department decides to have the dirty job done by a somewhat modest figure, Eliott Ness. Ness has only one goal: to succeed in his assignment. But to survive in Chicago, he needs allies he can count on in all circumstances. He gets the support of Malone, an adamant boisterous Irish police officer, who wants to teach him Chicago harsh law. He recruits his other supporters within the Treasure Department itself. Stone, a rambunctious fellow and excellent gunman, and Wallace, a humorous but determined bookkeeper.

buy The Untouchables at Amazon

Detective Vincent Hanna (Al Pacino) is obsessed with thief Neil McCauley (Robert De Niro), and tries to capture him at the expense of his private life if necessary. As McCauley prepares for the robbery of their lives, and Hanna’s team tries to catch him, they both realize they are both dealing with the very best in their trade.